First, there were â€œdeep fakes.â€ Starting in 2018, websites like thispersondoesnotexist.com began allowing users to generate the faces of people who never existed, but who looked real–thanks to synthesis and pattern matching from AI.

Today, these deep fakes are evolving from simple images into synthetic media: images, music and video created by AI. In a major announcement earlier this month, both Google and Meta announced their text-to-video AI, which allows users to create videos by simply typing in the description of a scene. Given the scale of these companies, one wonders if this once obscure technology may soon reach mass adoption.

Synthetic media is the concept for media that is produced using artificial intelligence. With these models one can create images of people and landscapes who have never existed before, transform a simple picture of a landscape into a painting by known artists, and create videos without ever involving a camera.â€¯ 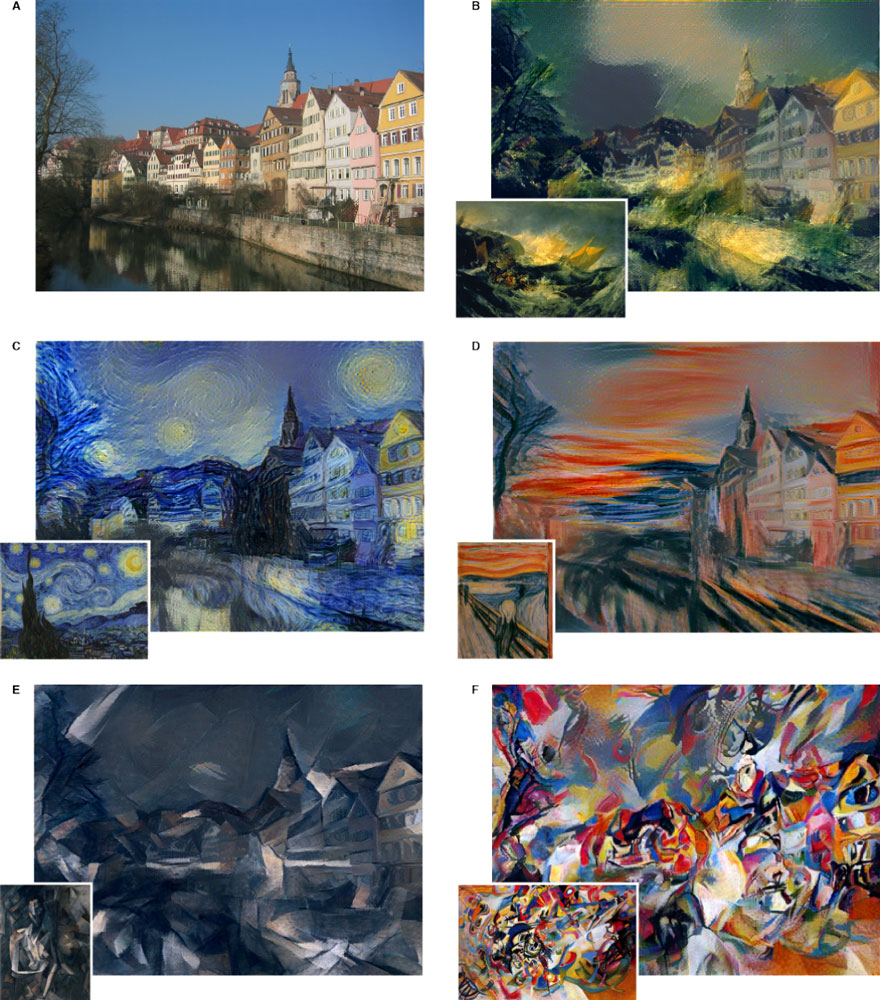 Illustration from the article A Neural Algorithm of Artistic Style

DALL-E is a text to image generator created by OpenAI which can be used to generate images from a text prompt. Some would say that Mona Lisaâ€™s mysterious smile cannot be reproduced, or that there will never be another painter like Van Gogh, but this technology has shown that it is indeed possible. In fact, today AI can imitate (and some might say create) a masterpiece.â€¯

This new announcement from Meta and Google is an extension of the technology of DALL-E and similar products, where one can now generate a video from text. The visual quality of the video is still at the state where one can distinguish it from a traditional video, but with developments such as these it’s no longer far-fetched to conceive a future in which synthetic videos indistinguishable from an actual video can be made on demand, and one can easily imagine the wondrous possibilities of such a technology.â€¯

Synthetic media does not only consist of images and video, but also music. OpenAI has created a model, Jukebox, that utilizes neural networks to create music â€“ including singing, albeit quite rudimentary.â€¯

An exciting dimension and possibility of synthetic media is personalized content and the possibilities for its use in sales and marketing. Sales teams could type instructions into a synthetic media engine and use it to create a product mock up or a new sales pitch. Marketing teams could use the technology to create individualized ads. Personalized ads, which target groups of people based on shared characteristics, have garnered much attention. But synthetic media allows for individualized ads tailored to each personâ€™s idiosyncratic preferences.

With synthetic media technology, itâ€™s possible that media will not only be personalized and directed to you â€“ but individually created for you.â€¯ An AI model could learn what type of content you prefer and consume (which most, if not all, streaming services already use). Now combine this with a model for creating synthetic media, which might use this information to create media just for you.â€¯â€¯Using this the streaming services of the future might not just show you a recommended list but rather your own one-of-a-kind library.

The future is personalized

The more AI advances into more fields with more specific algorithms the more personalized messages in marketing will become. But also, in life saving areas such as medicine, the important trends contain personalized medicine and the use of synthetic data. The era of synthetic creation has just begun.Â Â

Head of Insights and Analytics